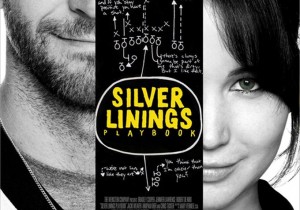 When I went to see this film I wasn’t expecting much but I came away very pleasantly surprised, it was original, extremely funny, and contains outstanding acting from all involved.

Former teacher Pat Solitano comes home to find his wedding song playing as his wife Nikki is cheating on him with another teacher from their school, after nearly beating the guy to death she takes out a restraining order and he’s committed. Fast forward 8 months and his mom gets him released into her care so he moves back into his parents’ house to live with her and his sports-mad, amateur bookie dad to try and start rebuilding his life.

When he meets Tiffany, a good-looking widow living in the garage of her parents’ home, which she’s turned into a dance studio, they don’t exactly hit it off but after she promises to pass on a letter to Nikki he ends up agreeing to be her partner in a local dance contest. It turns out Tiffany is as damaged as Pat after losing her husband in a car accident a year ago, her depression has ended in her to losing her job after sleeping with everyone at her office but this causes the two to forge an unusual and unconventional connection.

On top of the exceptional acting, this is an incredibly emotionally engaging story, you have two damaged people who find ways to help each other and even though Pat might seem to be a loose cannon, if you look at the people around him, they are no different, everyone has their own problems and is fighting to keep balance.

This movie took a serious subject, showed it in its true light, but also found the humour within reality, with great direction backed by a unique script this film leaves you rooting for the characters to come out on top and I can guarantee you will come out of the film looking for your own silver lining. Definitely worth watching!