10 top tips to keep your heart healthy. Part 3 in a series of film shorts looking at heart health.

Part 2 in a series of film shorts looking at heart health.

First in a series of shorts about heart health. 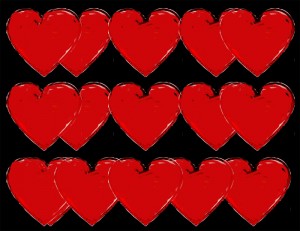 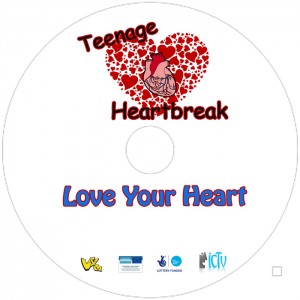 The Awards for All  ‘Teenage Heartbreak’ project has sadly come to an end. The good news is the films will shortly be available to watch here.

A DVD is currently available and being shared with local schools. If you would like further information or would like to get involved in an ICTV project please email or phone 01473418014 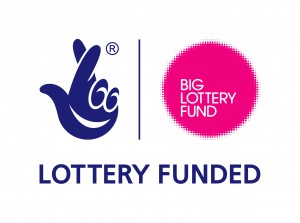 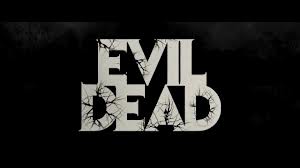 This is every horror fan’s dream – an 18 registered film, where there are no limits; an updating of a well loved film; witnessing it on the big screen in a dark cinema; what could go wrong?

As is standard for most of Hollywood’s output Evil Dead is a remake. This film is is a rehash of the Sam Reimi film of the same name, originally released in 1981. It was one of the Video Nasties which caused controversy many moons ago, the main reason for Evil Dead being in that category was due to a scene where a lady is raped by some brambles. It sounds bad but when put to film it had a comedy element. The original Evil Dead looks very dated, but a lot of the effects hold a kind of charm and the film was more tongue-in-cheek than scary. It was this humour which differentiated itself from other films of its kind, and is what is missing from this remake – the new Evil Dead is a very straight horror film and is the worst for being that.

As is expected for this kind of movie, there is no sophistication of any kind. The new version of Evil Dead is basically a vehicle for showing as much gore as possible. The plot is fairly simplistic: a group of 20 some things stay at a remote cabin (as they tend to do), where they discover a book of evil. One of the cast reads from it which in turn leads to another member of the cast getting possessed. Cue a whole load of disaster. One original strand is the link between going cold turkey from drug withdrawal which one of the cast suffers from and being demoniacally possessed which the same cast member suffers from. However the film doesn’t linger much on that and it’s soon forgotten.

The action scenes are shot with a lot of extreme close ups and sometimes some strange angles, so you get right in there with the bloody violence. There really is no rest for the special effects team, and the special effects are very good, this isn’t just about using tomato ketchup, we get to see every laceration in full detail. What is good for the film is the fact that most of the effects are not CGI, which can look fake, and are probably the best thing about the film.

We get plenty of amputations, lacerations and lots and lots of blood (it even rains blood at one point), but with too much of it you soon get desensitised. Some films like Hostel keep their gross out factor well to the end. But with Evil Dead, even though some of the scenes are the most gory ever put onto film it soon loses it’s power to effect the audience. The film makers just throw everything into the mix but manages to make bloody violence passé. There should be a line that balances scares and gore, but this film just opts for gore, there’s no suspense, there’s no atmosphere, no chills and no scares. A horror film that doesn’t scare is a bit redundant.

Evil Dead isn’t great, it lacks a lot of elements that make films a classic, even for a genre film. It’s over reliance on gore rather than genuine scares and a lack of any atmosphere hobbles it somewhat. It could have done with being a lot less gross and a lot more suspenseful to become as much of a horror classic as the original.

Here is Lion-I, an up and coming artist from Ipswich with his track Far Away Ft Jade Peters.
You can find out more about this artist on various social websites such as; Facebook/lioni.artist YouTube/lionimusic Twitter/lioni_artist

Vxm headed to Ipswich Town Centre in search of musical talent for a collaboration project. Here are the audition highlights. 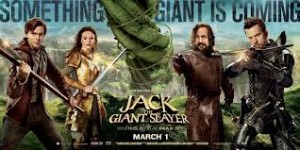 Yet another fairy story receives a dust of movie magic, under the rather clever tagline, “If you think you know the story, you don’t know Jack”, even if it isn’t quite true.

The story begins in the small town of Cloister, where in an attempt to find a way to get closer to God, a group of monks grow some magic beans to create a beanstalk large enough to take them to him. As you do. Sadly, they never get that far, because a horde of giants live in between – and the naive monks have just given them the ability to come down and steal stuff and eat everyone.

Fortunately the King has a crown forged from the heart of a giant that gives him control over them (somehow), and he banishes them back up into their castle forever.

Centuries pass, and that part of Cloister’s history has faded into legend. A young man named Jack (Nicholas Hoult, Warm Bodies) is looking for adventure, like that from the story books his father used to read to him as a child. While wondering the market in a hope to sell his horse to fix his cottage roof, he crosses paths with a monk, who gives Jack some beans in exchange for the horse. He warns him not to get them wet (I’m getting Gremlin flash-backs just writing it), and Jack returns home penniless and a little bit puzzled.

Princess Isabelle (Eleanor Tomlinson, Alice in Wonderland) is also looking for adventure, and would much rather go off to explore new worlds, than marry the king’s advisor, Roderick (Stanley Tucci, who plays Caesar Flickerman in The Hunger Games). Jack comes to her rescue when some men give her a spot of bother and then again, when she is looking for shelter from the rain after sneaking out in typical bad-girl fashion. Unfortunately he still has the beans, his house still has a leak, and, well, you can guess what happens next, can’t you? 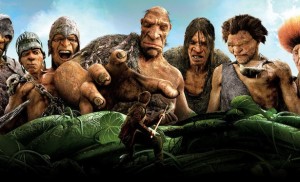 The film is entertaining at a glance, with enthusiastic acting from everyone involved, particularly from Ewan McGregor as Isabelle’s protector, Elmont who seems to get all the snappy lines and looks dashing with a moustache. Stanley Tucci also plays a fun, brilliantly slimy character, however he doesn’t nearly enough screen time, while Jack plays the hero. Hoult excelled himself in Warm Bodies, but here, his role seems effortless for him, though it is pretty forgetable. Unfortunately the plot feels bland and overused, though you get the impression the writer tried incredibly hard to make it feel original; the twist at the end certainly makes it that, but even by changing the name of the title, it’s still going to be Jack coming up against a giant or two, while some damsel needs de-stressing, which may remind some of David and Goliath, so is hardly new.

Also, though I love Bill Nighy’s performances in everything that he does –from that hilarious cover of ‘Love Is All Around’ in Love Actually that is actually miles better than the original, to that heartfelt speech about Van Gogh in an episode of Doctor Who – he voices proves to be a massive distraction, as bad giant General Fallon, because, he sounds almost exactly like he did in Pirates of the Caribbean, except the CGI isn’t nearly as good (especially when watched stretched across a giant IMAX screen in 3D).

But my biggest peeve? The battle at the end, and the giants’ absolutely ridiculous struggle to open a castle drawbridge. I watched this twice, and I still do not see the logic in it.

So, Jack the Giant Slayer is an almost great fairy-tale-turned-film that mounts the band-wagon, but will certainly make for a fun day out.

The ghost of Margaret Thatcher haunts Darsham in Suffolk. Working with the VXM project the Belgium partners created this 2 minute film in 2 days during a visit to Darsham as part of a series of workshops based around the paranormal.